watch 00:59
The Loop (Movies)
Do you like this video?
Joaquin Phoenix 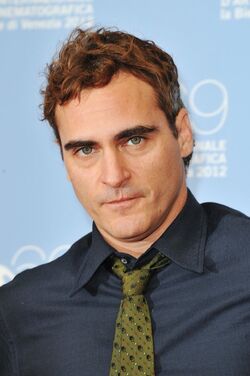 Joaquin Rafael Phoenix (born Joaquín Rafael Bottom on October 28, 1974), formerly known as Leaf Phoenix is an American actor, musician, producer and activist. He is the brother of the late River Phoenix.

He has received Academy Award nominations for his roles in Gladiator, Walk the Line and The Master.

Retrieved from "https://movies.fandom.com/wiki/Joaquin_Phoenix?oldid=129644"
Community content is available under CC-BY-SA unless otherwise noted.