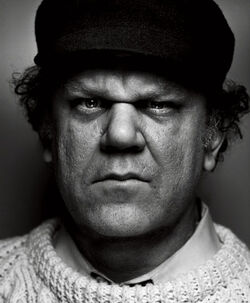 John Christopher Reilly, Jr. is an American film and theater actor, singer, and comedian. Debuting in Casualties of War in 1989, he is one of several actors whose careers were launched by Brian De Palma. To date, he has appeared in more than fifty films, including three separate films in 2002 that were all nominated for the Academy Award for Best Picture- Martin Scorsese's Gangs of New York, Chicago, and The Hours.

He has frequently been seen in films by Paul Thomas Anderson, including Boogie Nights and Magnolia.

More recently he branches into comedy, appearing alongside Will Ferrell in Talledega Nights and Step Brothers.