View src
watch 02:56
Doctor Strange in The Multiverse o Madness - The Loop
Do you like this video?
Play Sound
John Goodman 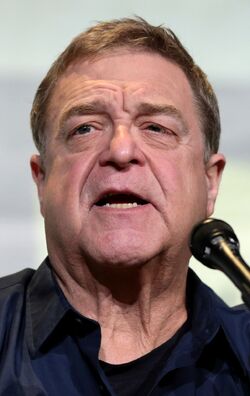 His other film performances include lead roles in Always (1989), The Babe (1992), The Flintstones (1994) and 10 Cloverfield Lane (2016) and supporting roles in Coyote Ugly (2000), The Artist (2011), Extremely Loud and Incredibly Close (2011), Argo (2012), Flight (2012), The Hangover Part III (2013), and Patriots Day (2016). On television, he has had regular roles on Amazon Studios' Alpha House and on the first season of HBO's Treme and has been one of the most frequent hosts of Saturday Night Live, as well as playing guest roles on series such as Community. John Heilpern of Vanity Fair has called him "among our very finest actors".