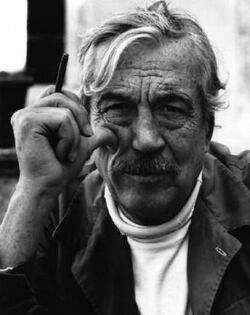 John Marcellus Huston (August 5, 1906 – August 28, 1987) was an American film director, screenwriter and actor. He directed films such as the The Maltese Falcon, The Treasure of Sierra Madre, The Asphalt Jungle, Moby Dick and The Night of the Iguana.

Retrieved from "https://movies.fandom.com/wiki/John_Huston?oldid=110818"
Community content is available under CC-BY-SA unless otherwise noted.