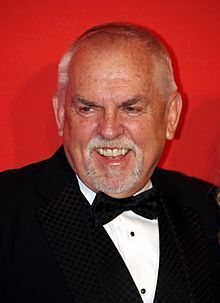 John Ratzenberger is an American actor. He is best known for portraying Cliff Calvin on the television show, Cheers. He has also had smaller roles in films like Superman, Gandhi (1982), and Toy Story, in which he played Hamm the piggy bank.