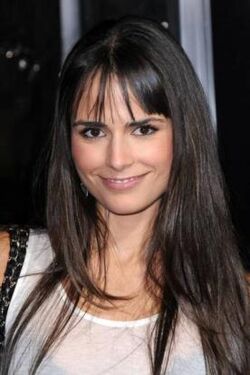 Jordana Brewster (born April 26, 1980) is a Brazilian-American actress, best known for portraying Mia Toretto in The Fast and the Furious and its sequels Fast & Furious, Fast Five, Fast and Furious 6 and Furious 7. She also starred in films such as Falculty, D.E.B.S. and Nearing Grace.

Jordana Brewster (1980) is a direct descendant of the famous Mayflower leader William Brewster and several other notable early settlers of Plymouth Colony including several with a proven genealogy to early English royalty and the Emperor Charlemagne.