watch 01:20
The Loop (Movies)
Do you like this video?
Josh Brolin 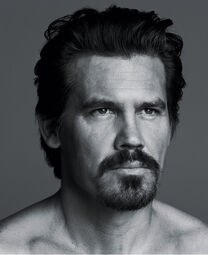 Josh Brolin (born February 12, 1968) is an award-winning American actor of film, television, and theater. For the majority of his acting career he has played antagonists, but his leading role in The Coen Brothers No Country For Old Men opened up a lot of new roles for him.

He played Agent K in Men in Black III during the 1960s in the third film installment.

He played the lead role in the remake of the Korean cult favorite, Oldboy.

Retrieved from "https://movies.fandom.com/wiki/Josh_Brolin?oldid=95721"
Community content is available under CC-BY-SA unless otherwise noted.