Start a Wiki
watch 05:50
The Loop (Movies)
Do you like this video?
Josh Hutcherson 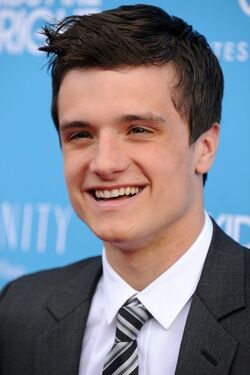 Joshua Ryan Hutcherson was born on October 12th, 1992 in Union, Kentucky to Michelle and Chris Hutcherson. He has one younger brother, Connor. From the age of four, Josh knew that he wanted to be an actor. In order to pursue his goal, Josh and his family moved to Los Angeles when he was nine years old.that's old

Retrieved from "https://movies.fandom.com/wiki/Josh_Hutcherson?oldid=229654"
Community content is available under CC-BY-SA unless otherwise noted.