watch 01:29
Wiki Targeted (Entertainment)
Do you like this video?
Play Sound
Judy 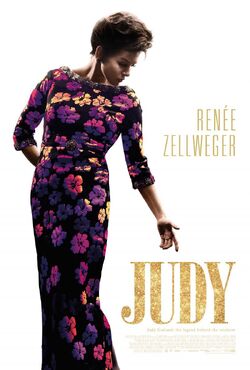 In 1969, famous singer and actress Judy Garland arrives in London for a five-week run of sell-out concerts while struggling to come to terms with depression, alcoholism and substance abuse.

Retrieved from "https://movies.fandom.com/wiki/Judy?oldid=183563"
Community content is available under CC-BY-SA unless otherwise noted.