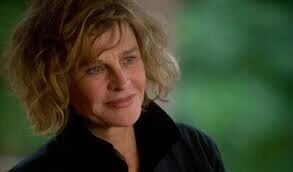 Julie Frances Christie (born 14 April 1940 or 1941) is a British actress. A pop icon of the "swinging London" era of the 1960s, she has won the Academy, Golden Globe, BAFTA, and Screen Actors Guild Awards.

Christie's first big-screen roles were in Crooks Anonymous and The Fast Lady (both 1962), and her breakthrough was in 1963's Billy Liar. In 1965, she won an Academy Award for Best Actress for her performance as Diana Scott in Darling. That same year, she starred as Lara Antipova in Doctor Zhivago, the eighth highest grossing film of all time after adjustment for inflation. In the following years, she starred in Fahrenheit 451 (1966), Far from the Madding Crowd (1967), Petulia (1968), McCabe & Mrs. Miller (1971), Don't Look Now (1973), and Heaven Can Wait (1978). Her late career includes Oscar-nominated performances in the independent films Afterglow (1997) and Away from Her (2006).

Christie was born on either 14 April 1940 or 1941 at Singlijan Tea Estate, Chabua, Assam, British India, the elder child of Rosemary (née Ramsden), a painter, and Francis "Frank" St. John Christie. Her father ran the tea plantation where she was raised. She has a younger brother, Clive, and a (now deceased) older half-sister, June, from her father's relationship with an Indian woman, who worked as a tea picker on his plantation. Frank and Rosemary Christie separated when Julie was a child. She was baptised in the Church of England and studied as a boarder at the independent Convent of Our Lady school in St. Leonards-on-Sea, East Sussex, after being expelled from another convent school for telling a risque joke which reached a wider audience than originally anticipated. After being asked to leave the Convent of Our Lady as well, she later attended Wycombe Court School, High Wycombe, Buckinghamshire, during which time she lived with a foster mother from the age of six. After her parents' divorce, Christie spent time with her mother in rural Wales. As a teenager at the all-girls' Wycombe Court School, she played "the Dauphin" in a production of Shaw's Saint Joan. She later studied at the Central School of Speech and Drama. Career

Christie with Peter Halliday in A for Andromeda (1961) Christie made her professional stage debut in 1957, and her first screen roles were on British television. Her big break came in the 1961 BBC serial A for Andromeda. She was a contender for the role of Honey Rider in the first James Bond film, Dr. No, but producer Albert R. Broccoli reportedly thought her breasts were too small. In 1962, Christie appeared in feature films with co-starring roles in a pair of comedies for Ealing Studios: Crooks Anonymous and The Fast Lady. Her breakthrough role, however, was as Liz, the friend and would-be lover of the eponymous character played by Tom Courtenay in Billy Liar (1963), which earned her a BAFTA Award nomination. The director, John Schlesinger, had cast Christie only after another actress dropped out of the film. Life magazine hailed 1965 as "The Year of Julie Christie" when the actress became known internationally for her role as an amoral model in Darling, directed by Schlesigner. Christie, who had obtained the lead role when the casting of Shirley MacLaine fell through, won numerous accolades for her performance, including the Academy Award for Best Actress. Christie starred in two other films released in 1965, first appearing as Daisy Battles in Young Cassidy, a biopic of Irish playwright Seán O'Casey, co-directed by Jack Cardiff and (uncredited) John Ford. Her last film of the year was David Lean's Doctor Zhivago, adapted from the epic/romance novel by Boris Pasternak. The film was a box office smash, and Christie's role as Lara Antipova would become her most famous. As of 2012, Doctor Zhivago is the 8th highest-grossing film of all time, adjusted for inflation. In 1966, Christie played a dual role in François Truffaut's adaptation of the Ray Bradbury novel Fahrenheit 451, where she starred opposite Oskar Werner. Later, she played Thomas Hardy's heroine Bathsheba Everdene in Schlesinger's Far from the Madding Crowd (1967), and the title role, Petulia Danner, in Richard Lester's Petulia (1968), opposite George C. Scott. The persona as the "swinging 60s British bird" that Christie had embodied in Billy Liar and Darling was further cemented by her appearance in the documentary Tonite Let's All Make Love in London. In 1967, Time magazine said of her: "What Julie Christie wears has more real impact on fashion than all the clothes of the ten best-dressed women combined." Christie reduced her screen appearances in the 1970s, acting in only six films during the decade. She earned a second Best Actress Oscar nomination for her role as a brothel madame in Robert Altman's McCabe & Mrs. Miller (1971). The film marked the first of three collaborations between Christie and Warren Beatty, who described her as "the most beautiful and at the same time the most nervous person I had ever known." The two had a high-profile but intermittent relationship between 1967 and 1974. After the relationship ended, they worked together again in Shampoo (1975) and Heaven Can Wait (1978). Christie also starred in The Go-Between (1971), Don't Look Now (1973), and Demon Seed (1977). Having moved to Hollywood in the mid-1960s, Christie left at the end of the 1970s and returned to the United Kingdom, where she lived on a farm in Wales. In 1979, she was a member of the jury at the 29th Berlin International Film Festival. Always a very selective actress, Christie turned down many high-caliber film roles, including Anne of the Thousand Days, They Shoot Horses, Don't They?, Nicholas and Alexandra, and Reds.

In the 1980s, Christie appeared in non-mainstream films such as The Return of the Soldier (1982) and Heat and Dust (1983), and generally avoided large budget films. One exception was Sidney Lumet's Power (1986). After a decade out of the public eye, Christie appeared as Gertrude in Kenneth Branagh's Hamlet (1996). Her next critically acclaimed role was the unhappy wife in Alan Rudolph's domestic comedy-drama Afterglow (1997), which earned her a third Oscar nomination. In 2004, Christie made very brief cameo appearances in Harry Potter and the Prisoner of Azkaban and Troy. That same year, she had a larger supporting role as the mother of Kate Winslet's character in Marc Forster's Finding Neverland, for which she earned a BAFTA nomination. Christie portrayed the female lead in Away from Her, a film about a long-married Canadian couple coping with the wife's Alzheimer's disease. Based on the Alice Munro short story "The Bear Came Over the Mountain", the movie was the first feature film directed by Christie's sometime co-star, Canadian actress Sarah Polley. She took the role, she says, only because Polley is her friend. Polley has said Christie liked the script but initially turned it down as she was ambivalent about acting. It took several months of persuasion by Polley before Christie finally accepted the role.[citation needed] In July 2006 she was a member of the jury at the 28th Moscow International Film Festival. Debuting at the Toronto International Film Festival on 11 September 2006 as part of the TIFF's Gala showcase, Away from Her drew rave reviews from the trade press, including The Hollywood Reporter, and the four Toronto dailies. The critics singled out the performances of Christie and her co-star, Canadian actor Gordon Pinsent, and Polley's direction. Christie's performance generated Oscar buzz, leading the distributor, Lions Gate Entertainment, to buy the film at the festival to release the film in 2007 to build momentum during the awards season. On 5 December 2007, she won the Best Actress Award from the National Board of Review for her performance in Away from Her. She also won the Golden Globe Award for Best Actress - Motion Picture Drama, the Screen Actors Guild Award for Outstanding Performance by a Female Actor in a Leading Role and the Genie Award for Best Actress for the same film. On 22 January 2008, Christie received her fourth Oscar nomination for Best Performance by an Actress in a Leading Role at the 80th Academy Awards. She appeared at the ceremony wearing a pin calling for the closure of the prison in Guantanamo Bay. In 2008, Christie narrated Uncontacted Tribes, a short film for the British-based charity Survival International, featuring previously unseen footage of remote and endangered peoples. She has been a long-standing supporter of the charity, and in February 2008, was named as its first 'Ambassador'. She appeared in a segment of the 2008 film, New York, I Love You, written by Anthony Minghella, directed by Shekhar Kapur and co-starring Shia LaBeouf, as well as in Glorious 39, about a British family at the start of World War II. In 2011, Christie played a "sexy, bohemian" version of the grandmother role in Catherine Hardwicke's gothic retelling of Red Riding Hood. Her most recent role was in the political thriller The Company You Keep (2012).

She was engaged to Don Bessant, a lithographer and art teacher, in 1965,[23] before dating actor Warren Beatty for several years, but the couple never wed. In November 2007, she married The Guardian journalist Duncan Campbell, her partner since 1979. Activism

She is active in various causes, including animal rights, environmental protection, and the anti-nuclear power movement and is also a Patron of the Palestine Solidarity Campaign, as well as Reprieve. (Redirected from Wikipedia)