watch 01:56
The Loop (Movies)
Do you like this video?
Play Sound
Justice League vs. Teen Titans 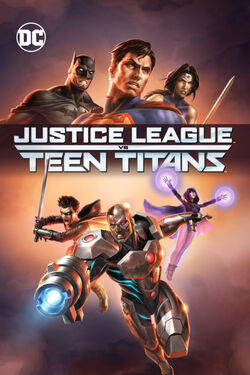 Justice League vs. Teen Titans is an American animated superhero film based on characters that appear in DC Comics. The film is directed by Sam Liu, and has the voice cast of Jon Bernthal, Taissa Farmiga, and Jason O'Mara.

Retrieved from "https://movies.fandom.com/wiki/Justice_League_vs._Teen_Titans?oldid=120637"
Community content is available under CC-BY-SA unless otherwise noted.