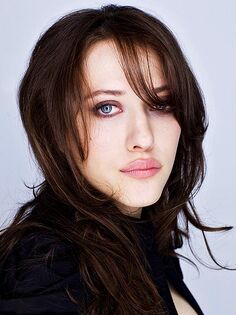 Kat Dennings was born Katherine Litwack in Bryn Mawr, Pennsylvania, near Philadelphia, to Gerald and Ellen Litwack. She is the youngest of five children.

Kat was predominantly home-schooled, graduating at the age of 14. Her family subsequently moved to Los Angeles, California to support Kat acting full-time.

Kat continues to act in feature films and is an avid video blogger.