View src
watch 02:07
Spider-Man: No Way Home Trailer Dropped - The Loop
Do you like this video?
Play Sound
Keith David 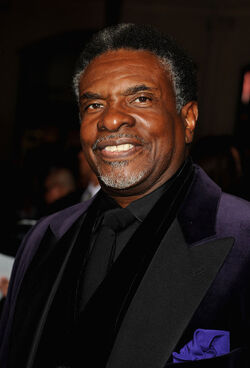 Keith David Williams (born June 4, 1956), better known as Keith David, is an American film, television and voice actor and singer. He is best known for such films as John Carpenter's The Thing. He also is best known in others such as Platoon, They Live and the Riddick films, Pitch Black and The Chronicles of Riddick.

David was born in Harlem, New York City, New York, and raised in Corona, Queens, New York, the son of Dolores (née Dickenson) and Lester Williams. He attended the Juilliard School's Drama Division (1975–1979, Group 8) where he graduated with a Bachelor of Fine Arts degree in 1979.