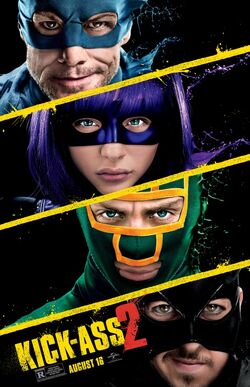 Directed By
Jeff Wadlow
Produced By
Written By

Kick-Ass 2 (2013) is an American superhero action/comedy sequel to the film Kick-Ass - written and directed by Jeff Wadlow, and starring Aaron Taylor-Johnson, Chloë Moretz and Christopher Mintz-Plasse reprising their roles from the first film.

The costumed high-school hero Kick-Ass joins with a group of normal citizens who have been inspired to fight crime in costume. Meanwhile, the Red Mist, a.k.a, The Mother@#$%& plots an act of revenge that will affect everyone Kick-Ass knows and himself. [1] 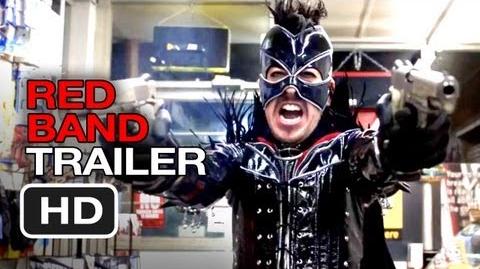 Retrieved from "https://movies.fandom.com/wiki/Kick-Ass_2?oldid=185239"
Community content is available under CC-BY-SA unless otherwise noted.