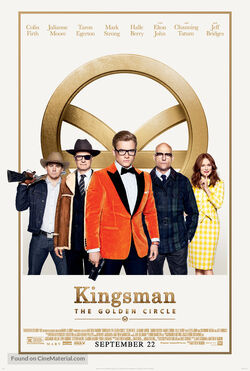 When their headquarters are destroyed and the world is held hostage, the Kingsman's journey leads them to the discovery of an allied spy organization in the US. These two elite secret organizations must band together to defeat a common enemy.

Retrieved from "https://movies.fandom.com/wiki/Kingsman:_The_Golden_Circle?oldid=129056"
Community content is available under CC-BY-SA unless otherwise noted.