Start a Wiki
Knocked Up is a 2007 American romantic comedy film co-produced, written, and directed by Judd Apatow. The films stars Seth Rogen, Katherine Heigl, Paul Rudd, and Leslie Mann. It follows the repercussions of a drunken one-night stand between a slacker and a just-promoted media personality that results in an unintended pregnancy. A spin-off sequel, This Is 40, was released in 2012. 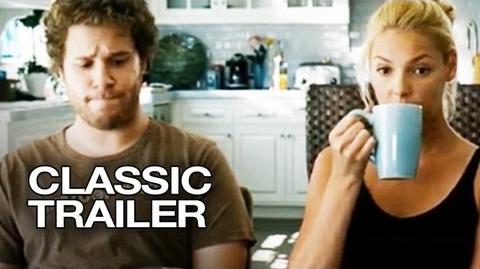 Knocked Up Official Trailer 1 - Paul Rudd Movie (2007) HD
Add a photo to this gallery
Retrieved from "https://movies.fandom.com/wiki/Knocked_Up?oldid=108819"
Community content is available under CC-BY-SA unless otherwise noted.