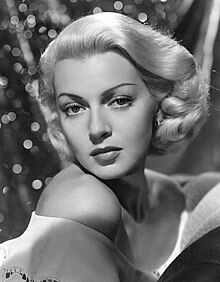 Lana Turner (born Julia Jean Turner; February 8, 1921 – June 29, 1995) was an American actress. Over the course of her nearly 50-year career, she achieved fame as both a pin-up model and a film actress, as well as for her highly publicized personal life. In the mid-1940s, she was one of the highest-paid actresses in the United States, and one of Metro-Goldwyn-Mayer's biggest stars, with her films earning the studio more than $50 million during her 18-year contract with them. Turner is frequently cited as a popular culture icon of Hollywood glamour and a screen legend of classical Hollywood cinema.