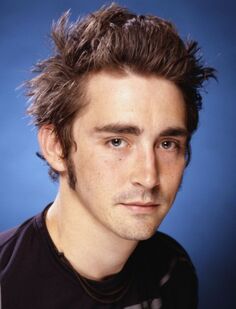 Lee Grinner Pace is an American actor. Pace has been featured in film, stage and television. He is known best for his starring role as Ned in the ABC series Pushing Daisies for which he was nominated for a Golden Globe award and an Emmy Award for Outstanding Lead Actor in a Comedy Series in 2008.

Pace was born in Chickasha, Oklahoma, the son of Charlotte and James Roy Pace. As a child, Pace spent several years in Saudi Arabia, where his father was in the oil business; the family later moved to Houston, Texas. Pace attended Klein High School in the suburb of Spring in Houston, Texas, with fellow actor Matthew Bomer. Pace temporarily quit high school to act at Houston's Alley Theatre before returning to graduate. At the Alley, he appeared in productions of The Spider's Web and The Greeks.

In 1997, Pace was accepted by the Juilliard School's Drama Division as a member of Group 30 (1997–2001), which also included actors Anthony Mackie and Tracie Thoms. While there, he acted in several plays, including Romeo and Juliet as Romeo, Richard III in the title role, and Julius Caesar as Cassius. He graduated from Juilliard with a Bachelor of Fine Arts degree.

April 19, 2011 marked Pace's Broadway debut, when The Normal Heart began its previews; it opened April 27 at the Golden Theatre. The show ran for a total of 96 performances, with its closing night on July 10, 2011. Pace played the character Bruce Niles in the show.

Lee Pace has been cast as composer Vincenzo Bellini in Golden Age which previews November 13, 2012. The play, written by Terrence McNally, begins its official run at the Manhattan Theatre Club December 4, 2012.

Pace played Aaron Tyler in the acclaimed but short-lived 2004 television series Wonderfalls, which was co-created by Bryan Fuller. Later, Fuller cast Pace in the lead role of Ned in the series Pushing Daisies which debuted on ABC in October 2007 and returned for its second and final season on October 1, 2008.

In 2010, Pace was cast in the unsold HBO pilot The Miraculous Year.

Pace first gained recognition for his role in the 2003 film Soldier's Girl, based on fact, in which he played the central role of Calpernia Addams, a transgender woman dating Army soldier Barry Winchell, played by Troy Garity. Winchell was murdered because of his sexuality and relationship with Addams. Of the role, Pace said: "Not even my excellent training at Juilliard prepared me for one of my first movie roles, where I played a transsexual who falls in love with a military guy in Soldier's Girl. Here I was, this 6'3" 190-pound lanky kid from Chickasha, Oklahoma, not knowing how to begin being a woman. So I saw documentaries about transsexuals, I lost twenty-five pounds, and I put on prosthetic boobs and hips to become that character. There were times I'd look in the mirror and wonder 'what am I doing to my life here? My dad is going to kill me!' But the reason I went into acting was to be able to play parts as complicated and important as this one. In playing a transsexual, I got the chance to help change people's perspective about other people and that is a powerful thing. I'm playing a swashbuckling bandit in my next film, but I'll always be proud of Soldier's Girl." Pace won a Gotham Award for Breakthrough Actor and was nominated for several other awards, including a Golden Globe, for his work in this film. He starred in the film Miss Pettigrew Lives for a Day and in Tarsem Singh's The Fall, both released in 2008. The Fall was very well received amongst critics and viewers alike and where Lee starred in one of his most artistic roles. His next film was the movie Possession with Sarah Michelle Gellar. Pace also played supporting roles in The White Countess, Infamous, When in Rome and The Good Shepherd.

He has recently been cast as Garrett in The Twilight Saga: Breaking Dawn. On April 30th 2011, it was announced that Pace would play the role of the Elven king Thranduil in Peter Jackson's upcoming three-part adaptation of J.R.R. Tolkien's "The Hobbit", due for release in 2012, 2013 and 2014 and currently in production in New Zealand.

Pace also starred in the 2014 sci-fi Marvel film Guardians of the Galaxy in the role of the film's main antagonist, Ronan the Accuser.

Retrieved from "https://movies.fandom.com/wiki/Lee_Pace?oldid=85390"
Community content is available under CC-BY-SA unless otherwise noted.