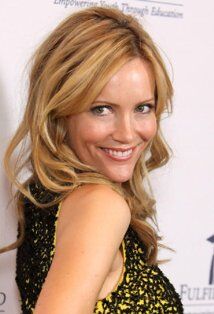 Leslie Mann is an American actress. She was born on March 26, 1972 and was raised in Portland, Maine by her parents Janice and William Kendrick.

Leslie Mann began her acting career at the age of 16 and landed her first major role as Robin in The Cable Guy. She has appeared in numerous films, including She's the One, Big Daddy, The 40-Year-Old Virgin, Knocked Up, and Funny People. Mann's current films, ParaNorman and This is 40 are currently in production.

Leslie Mann married producer Judd Apatow after meeting him no the set of The Cable Guy. They have two daughters, both whom appeared in Knocked Up and Funny People as the fictional children of their real mother.