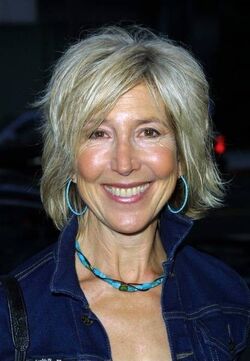 Linda "Lin" Shaye (born October 12, 1943) is an American film, theatre and television actress. She is best known in the Insidious film as Elise Rainier. She also appeared in films such as A Nightmare on Elms Street, Critters, Critters 2: The Main Course, 2001 Maniacs and 2001 Maniacs: Field of Screams.

Shaye was born in Detroit, Michigan, the daughter of Dorothy (née Katz) and Max Mendle Shaye. Her brother is film executive Robert Shaye. Lin attended the University of Michigan, where she was an Art History major.

Retrieved from "https://movies.fandom.com/wiki/Lin_Shaye?oldid=108105"
Community content is available under CC-BY-SA unless otherwise noted.