Start a Wiki
watch 16:45
The Loop (Movies)
Do you like this video?
Logan 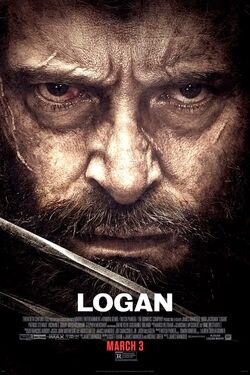 In a hideout near the Mexican border, an aging Logan (Hugh Jackman) cares for the ailing Professor X (Patrick Stewart). The pair are unexpectedly brought out from seclusion when a young mutant girl (Dafne Keen) arrives and needs their help to stay safe.</span>

Logan received widespread acclaim from both critics and audiences with some considering it one of the best superhero movies ever made. On Rotten Tomatoes, The film has a score of 93% based on 404 reviews with an average score of 7.92/10.

Retrieved from "https://movies.fandom.com/wiki/Logan_(film)?oldid=246349"
Community content is available under CC-BY-SA unless otherwise noted.