In the year 2044, "Joe" (Gordon-Levitt) works for a mob in Kansas City as a type of hitman called a "Looper," where he is tasked with killing people who are sent back from the future through a time machine. Because bodies are impossible to dispose of in the future due nano implants located in every human, the only way to successfully kill someone is to send them back to 2044 from the year 2072 for a looper to execute.

As payment, each victim is transported back to the looper with silver bars strapped to their back. As part of their contract, each looper is required to also kill the future version of themselves 30 years later, which is called "closing the loop." When a loop is closed, the victim (who is the future version of the looper) comes with gold bars instead of silver, so they can live out the next 30 years in luxury until the day they're sent back to themselves to be killed, thus closing their loop.

It's business as usual - until one target in particular arrives and he recognizes the victim (Willis) to be his future self. Taken by surprise, Joe hesitates which allows his older self to escape. This is called "letting your loop run" and is akin to treason in their line of work.

The resulting failure of his job causes the Gatt Men (the henchmen and assassins working for the mob) to be sent after him, forcing him to fight for his life as he attempts to track down his older self in search of answers.[1] 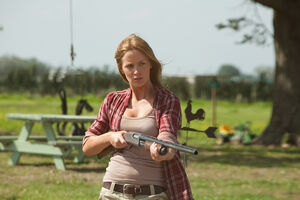 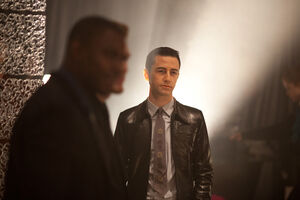 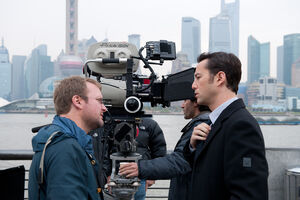 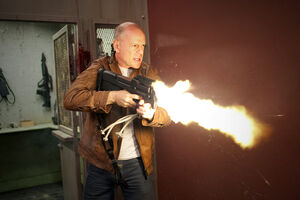