Start a Wiki
watch 01:38
The Loop (Movies)
Do you like this video?
Love and Honor 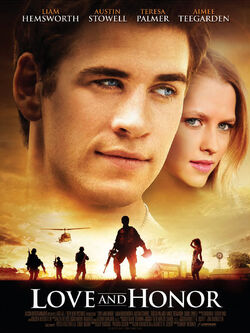 Love and Honor, previously titled AWOL, is a 2013 romance drama film directed by Danny Mooney. It is Mooney's directional feature film debut, starring Liam Hemsworth and Aimee Teegarden. It is set for a Winter 2013 release.

The passionate story of a young soldier who helps his best friend re-capture the heart of his girlfriend on a clandestine trip home from the warfront in Vietnam during a time of protest and social revolution, and in the process finds true love for the first time. 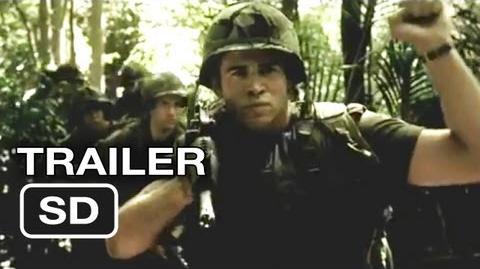 Retrieved from "https://movies.fandom.com/wiki/Love_and_Honor?oldid=74564"
Community content is available under CC-BY-SA unless otherwise noted.