Start a Wiki
watch 01:16
The Loop (Movies)
Do you like this video?
Machete Kills 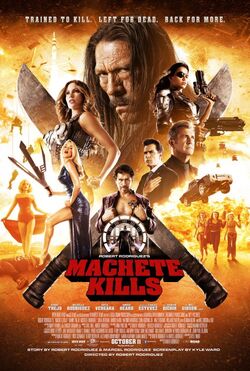 Machete Kills is an upcoming action film, written and directed by Robert Rodriguez. It is the second in a series that started with the 2010 film Machete (presaged by a fake trailer in Grindhouse). Danny Trejo, Jessica Alba, Lindsay Lohan and Michelle Rodriguez will be reprising their roles from the first film, and are joined by a slew of notable series newcomers.

The titular ex-federale agent (Danny Trejo) returns as he is recruited by the US President (Charlie Sheen) for a mission which would be impossible for any mortal man - he must take down a madman revolutionary and an eccentric billionaire arms dealer (Mel Gibson) who has hatched a plan to spread war and anarchy across the planet by launching a deadly missile.

On October 18, 2012 Open Road Films picked up U.S. distribution rights to Machete Kills. The film is produced by Robert Rodriguez, along with Aaron Kaufman and Iliana Nikolic through their QuickDraw Productions banner, as well as Sergei Bespalov of Aldamisa Films, Alexander Rodnyansky of AR Films, and Rick Schwartz of Overnight Films.

Principal photography took only 29 days, as shooting wrapped on July 28, 2012. Lady Gaga announced on her social website Littlemonsters.com that she played a smaller role. 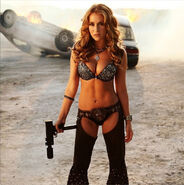 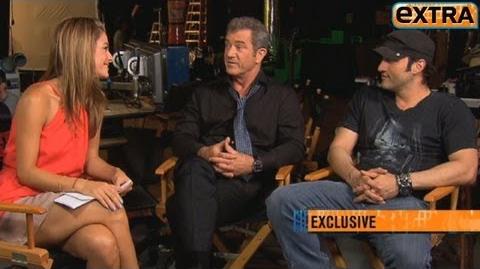 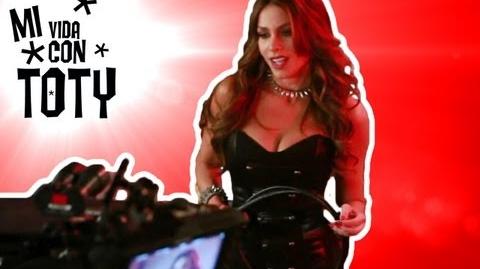 Retrieved from "https://movies.fandom.com/wiki/Machete_Kills?oldid=185243"
Community content is available under CC-BY-SA unless otherwise noted.