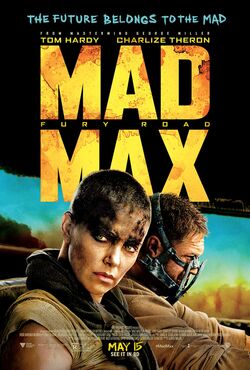 Mad Max: Fury Road is a 2015 action adventure apocalyptic film, the fourth installment in the Mad Max franchise and will succeed the events of Mad Max: Beyond Thunderdome. The film will be directed by George Miller, and stars Tom Hardy in the pivotal role of Max Rockatansky, with Charlize Theron co-starring in the role of Imperator Furiosa. Mel Gibson has a confirmed cameo playing a character simply called "Drifter."[1]

Following a nuclear war, the world has become a desert wasteland and civilization has collapsed. Max, a survivor, is captured by the War Boys, the army of the tyrannical Immortan Joe, and taken to Joe's Citadel. Designated a universal blood donor, Max is imprisoned and used as a "blood bag" for the sick War Boy Nux. Meanwhile, Imperator Furiosa drives her armoured truck to collect gasoline. When Furiosa drives off-route, Joe realizes that his five wives—women selected for breeding—are missing. Joe leads his entire army in pursuit of Furiosa, calling on the aid of nearby Gas Town and the Bullet Farm.

Nux joins the army with Max strapped to his car to continue supplying blood. A battle ensues between the truck and Joe's forces. Furiosa drives into a sand storm, evading her pursuers, except Nux, who attempts to sacrifice himself to destroy the truck. Max escapes and restrains Nux, but the car is destroyed. After the storm, Max sees Furiosa repairing her truck, accompanied by the wives: Capable, Cheedo, Toast, the Dag and Angharad (who is pregnant). Max steals the truck, but its kill switch disables it. Max reluctantly agrees to let Furiosa and the wives accompany him; Nux returns to Joe.

Furiosa drives through biker gang territory into a narrow canyon, having agreed to exchange gasoline for passage. However, Joe's forces are close behind, and Furiosa flees while the bikers detonate the canyon walls to block Joe's path. Max and Furiosa fend off the pursuing bikers, but Joe's vehicle evades the blockade and attacks the truck. Nux boards the truck while Joe attempts to stop Furiosa. Furiosa escapes, but Angharad falls from the truck and is run over by Joe's car, mortally wounding her and her child. Furiosa explains to Max that they are escaping to the "Green Place", a location she remembers from her youth. Capable finds Nux hiding aboard the truck and consoles him after realizing he is distraught over failing Joe. At night, the truck gets stuck in mud. Furiosa and Max slow Joe's forces with explosives, but Joe's ally, the Bullet Farmer, pursues the truck. Nux helps free the truck while Furiosa shoots and blinds the Bullet Farmer. Max walks into the dark to confront the Bullet Farmer and his men, returning with guns and ammunition.

As dawn breaks, the truck travels through swampland and desert, eventually coming across a naked woman. Max suspects a trap, but Furiosa leaves the truck and states her former clan affiliation. The woman summons her group, who realize that Furiosa is a member of their clan, kidnapped with her mother as a child. Furiosa is distraught to learn that the swampland they passed was the Green Place, now inhospitable. The group agrees to ride motorbikes across the immense salt flats in the hope of finding somewhere to live. Max chooses to stay behind, but after seeing visions of his dead daughter, he convinces them to return to the Citadel, which has ample water and greenery that Joe keeps for himself, and trap Joe and his army in the bikers' canyon.

The group heads back toward the Citadel, when they are attacked by Joe, and Furiosa is gravely wounded. Joe positions his car in front of the truck to slow it, while Max fights Joe's son Rictus. Toast is captured and put on Joe's car, but she distracts him, allowing Furiosa to hook Joe's mask to his car's rotating wheels, tearing his face off and killing him. Nux sacrifices himself by destroying the truck, blocking the canyon, killing Rictus, and allowing Max, Furiosa, and the wives to escape in Joe's car. Max transfuses his blood to Furiosa to help her survive her injuries.

At the Citadel, Joe's citizens are overjoyed at the sight of Joe's corpse. Furiosa and the wives are raised up on a lift by the child War Boys, but Max stays behind, sharing a glance with Furiosa before disappearing into the crowd.

Initially conceived shortly after Mad Max: Beyond Thunderdome, George Miller's Mad Max: Fury Road or Mad Max 4 failed to launch on multiple occasions. Miller announced a screenplay had been written in 2003, but it was put on hiatus at the beginning of the Iraq war for fear its release would be insensitive. Miller confirmed continued interest regardless in 2006 and again in 2009, when he finally announced the film would begin shooting in 2012 and would release sometime in 2013. For a unknown reason, the date was changed to 2014 in January 2013, and has since been changed again to the current (and presumably tentative) May 15, 2015.[1][2] According to George Miller: "Mad Max is caught up with a group of people fleeing across the Wasteland in a War Rig driven by the Imperator Furiosa. This movie is an account of the Road War which follows. It is based on the Word Burgers of the History Men and eyewitness accounts of those who survived." [3]

A source from Badassdigest, who has seen an early cut of the movie, claims that the majority of the story features one giant chase sequence (or Road war in the Mad Max lore) [4]�� 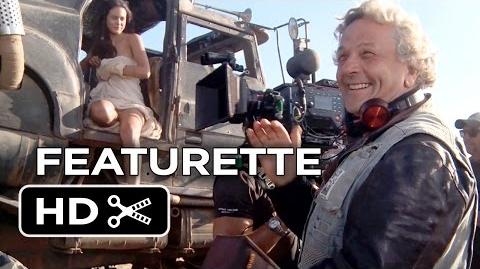 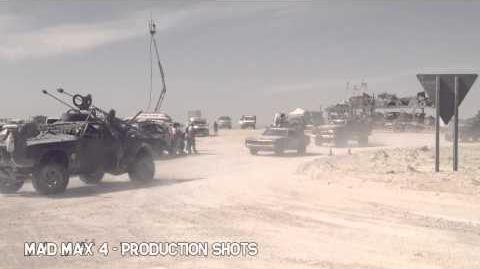 Retrieved from "https://movies.fandom.com/wiki/Mad_Max:_Fury_Road?oldid=168469"
Community content is available under CC-BY-SA unless otherwise noted.