Start a Wiki
watch 01:38
The Loop (Movies)
Do you like this video?
Mandeville Films and Television is an American independent film production company headquartered at The Walt Disney Company. Founded in 1995 by film producer David Hoberman, the company re-formed as Mandeville Films and Television in 2002 after a short hiatus, with Hoberman and Todd Lieberman as partners and co-owners.  With the release of George of the Jungle, this could've been a joint venture between Jay Ward Productions & Walt Disney Pictures. 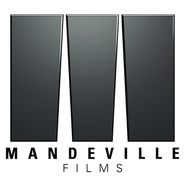 new logo
Add a photo to this gallery
Retrieved from "https://movies.fandom.com/wiki/Mandeville_Films?oldid=89089"
Community content is available under CC-BY-SA unless otherwise noted.