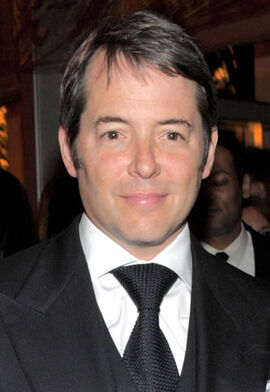 After working on The Lion King, Broderick became quick friends with his co-star, Nathan Lane, who he also co-starred with in The Producers stage musical from 2001 to 2002. Later, in 2005, they starred again in the film adaptation of the musical.

Retrieved from "https://movies.fandom.com/wiki/Matthew_Broderick?oldid=192269"
Community content is available under CC-BY-SA unless otherwise noted.