Start a Wiki
watch 01:48
The Loop (Movies)
Do you like this video?
Matthew McConaughey 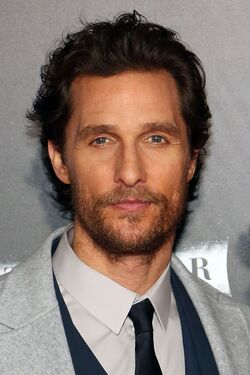 He is known for his roles in films such as Magic Mike, The Wolf of Wall Street, Interstellar and Dallas Buyers Club.

For his portrayal of Ron Woodroofe in the 2013 biopic Dallas Buyers Club, he received the Academy Award and Golden Globe for Best Actor, among other awards.

Retrieved from "https://movies.fandom.com/wiki/Matthew_McConaughey?oldid=104516"
Community content is available under CC-BY-SA unless otherwise noted.