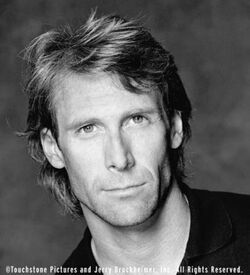 Michael Bay (February 17, 1965 -) is an American film director and producer. He is the director of the DreamWorks Transformers live-action movie franchise.

He is better known as the director of several highly successful blockbuster motion pictures, such as Bad Boys, The Rock, Transformers and Armageddon