watch 00:59
The Loop (Movies)
Do you like this video?
Michael Clarke Duncan 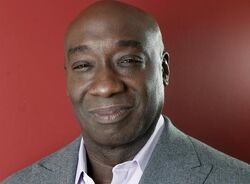 Michael Clarke Duncan (December 10, 1957 - September 3, 2012) was an American actor best known for his role as John Coffey in The Green Mile, as well as his roles in Daredevil, Kung Fu Panda, The Scorpion King, Green Lantern, and Armageddon.

Retrieved from "https://movies.fandom.com/wiki/Michael_Clarke_Duncan?oldid=88065"
Community content is available under CC-BY-SA unless otherwise noted.