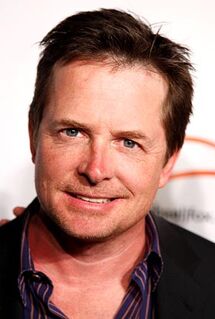 Michael J. Fox OC (born Michael Andrew Fox; June 9, 1961) is a film/TV actor best known for his role as Marty McFly in the Back to the Future series of films. He voices Stuart Little in the Stuart Little, Stuart Little 2 and Stuart Little 3: Call of the Wild. He also voices Chance in Disney's Homeward Bound: The Incredible Journey and Homeward Bound II: Lost in San Francisco.

Retrieved from "https://movies.fandom.com/wiki/Michael_J._Fox?oldid=130818"
Community content is available under CC-BY-SA unless otherwise noted.