View src
watch 01:33
House of the Dragon Trailer - The Loop
Do you like this video?
Play Sound
Michael Jackson 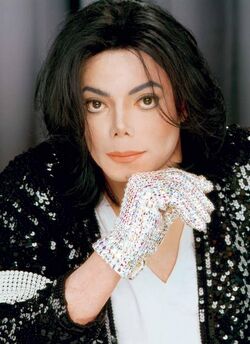 Michael Joseph Jackson (June 27, 1958 – June 25, 2009), also known as the King of Pop or by his initials MJ, was an American singer, dancer, musician, music producer, writer, entertainer, singer-songwriter, choreographer, record producer, recording artist, poet, arranger, businessman, philanthropist, actor, voice artist, and comedian. He is recognized as the most successful entertainer of all time by Guinness World Records, as well as one of the most influential. His contribution to music, dance, and fashion (as well as a much-publicized personal life) made him a global figure in popular culture for over 4 decades.

Michael Jackson was born Michael Joseph Jackson in Gary, Indiana on June 27, 1958, becoming the 8th of 10 children in an African-American working-class family who lived in a small 3-room house in Gary, Indiana. His father Joseph Walter "Joe" Jackson was a steel mill worker who performed with an R&B band called the Falcons and his mother Katherine Esther Scruse was a devout Jehovah's Witness. Jackson had 5 brothers:Jackie, Tito, Jermaine, Marlon, Randy, and Brandon (the brother that died shortly after birth) and 3 sisters: Rebbie, La Toya, and Janet.

Jackson also had distant Native American ancestry on his father's side, as his paternal great-great grandfather Jack "July" Gale, was a shaman of the Choctaw tribe. Jackson's great-great grandmother was said to be of European and African descent. In 1964, Michael and Marlon joined the Jackson Brothers, a band formed by Jermaine, Tito, and Jackie, as backup musicians playing congas and tambourine.

In 1966, they won a major local talent show with renditions of Motown hits and James Brown's "I Got You (I Feel Good)", led by Michael.

The Jackson 5 made a couple of songs under Steeltown Records, which were Big Boy and We Don't Have to Be Over 21 (To Fall in Love).[1]

The Jackson 5 left Steeltown Records and went on to Motown records, with Bobby Tailor and Gladys Knight discovering the group. Diana Ross introduced them to public concerts and TV. Afterwards, the Jackson 5 released an album based on that called Diana Ross Presents The Jackson 5.[2]

The Jackson 5 made a couple more albums called Maybe Tomorrow and Goin' Back to Indiana. They had their first cartoon series titled Jackson 5ive. They also had their first compilation album called Greatest Hits.[6][7][8][9]

Jackson is credited with elevating the music video from a mere promotional tool into an art form. His created groundbreaking videos for songs such as Billie Jean, Beat It and Thriller—the last of which has been voted as the greatest music video of all time. The video forThriller is the only music video inducted into the national film registry in the wikipedia:Library of Congress Library of Congress where induction are preserved forever. He was the first African American artist to amass a strong crossover following on MTV. Jackson's music videos have been credited with turning MTV and Cable TV into successful ventures. He popularized a number of complicated dance techniques, such as the robot and the moonwalk. Jackson's distinctive musical style, vocal style, and choreography continue to transcend generational, racial and cultural boundaries.

Jackson has been inducted 12 times into various music halls of fame, more than any other act. He is one of sixteen artists to have been inducted into the Rock and Roll Hall of Fame twice. Other achievements include 13 Guinness World Records (more than any other artist and including the Most Successful Entertainer of All Time); 13 Grammy Awards, as well as the Grammy Legend Award and the Grammy Lifetime Achievement Award; 26 American Music Awards, more than any other artist and including recognition as Artist of the Century; 17 number-one singles in the United States (including 4 as a member of the Jackson 5) and over 780 million record sales globally.

Jackson's personal life and relationships generated controversy for years. His appearance began to change in the mid-1980s and his varying nasal structure and skin color attracted much media speculation. In 1993, he was accused of child sexual abuse, though no formal charges were brought. In 2005, Jackson was tried and acquitted of similar allegations.

On June 25, 2009, it was announced that Jackson had died of cardiac arrest at age 50 in Los Angeles, California, 2 months shy of his 51st birthday. However, shortly thereafter, statements have spread, claiming that Jackson had really faked his death and is in hiding somewhere far away, which becomes increasingly true.