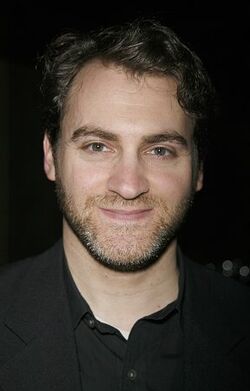 Stuhlbarg was born in Long Beach, California. He trained at The Juilliard School in New York City, where he was a member of the Drama Division's Group 21 (1988–1992). Stuhlbarg graduated from Juilliard with a Bachelor of Fine Arts degree in 1992.

He also studied acting at the University of California at Los Angeles, the Vilnius Conservatory in Lithuania, the British American Drama Academy at Oxford, and the National Youth Theatre of Great Britain at the University of London. He studied mime with Marcel Marceau at the World Centre.

Stuhlbarg became a theater actor appearing in several productions including award winning performances in Old Wicked Songs in 1996, Long Day's Journey into Night in 1997 and a Drama Desk Award for Outstanding Featured Actor in a Play for The Pillowman in 2005 (for which he also received his first Tony Award nomination).

He has appeared in a number of television shows including Law & Order, Ugly Betty and The American Experience. He currently has a starring role organized crime boss Arnold Rothstein in the HBO series Boardwalk Empire. He has appeared in all three seasons of the series to date.

His film credits had been limited to a handful of minor roles, including a lawyer in Ridley Scott's Body of Lies and a hedge fund consultant in Sophie Barthes' Cold Souls, until his first lead role in the Coen brothers 2009 dark comedy A Serious Man, as the troubled 1960s university professor Larry Gopnik for which he was a Golden Globe-nominee.

In 2012 he starred in the films Hugo with Sir Ben Kingsley, Sacha Baron Cohen, and Asa Butterfield, as well as, Men in Black 3 with Tommy Lee Jones and Will Smith. In 2012 he will also be appearing in the highly reviewed comedy, Seven Psychopaths with Christopher Walken, Colin Farrell, and Sam Rockwell; Lincoln alongside Daniel Day-Lewis; Hitchcock with Anthony Hopkins and Helen Mirren.