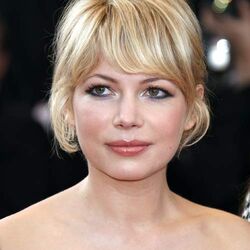 Michelle Ingrid Williams (September 9, 1980) is an American actress from Montana, probably most well known for her role on the teen drama television show Dawson's Creek. She has since been featured in many critically acclaimed films, from Brokeback Mountain to I'm Not There. She had a child with actor Heath Ledger, who won an Academy Award for Best Supporting Actor posthumously in 2009.

Retrieved from "https://movies.fandom.com/wiki/Michelle_Williams?oldid=28978"
Community content is available under CC-BY-SA unless otherwise noted.