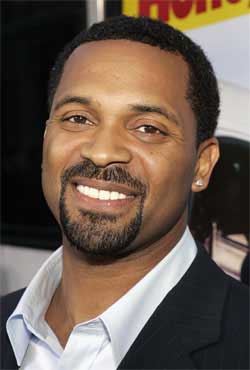 Michael Elliot "Mike" Epps (born November 18, 1970) is an American stand-up comedian, actor, film producer, writer and rapper. He is best known for playing Day-Day Jones in Next Friday and the sequel Friday After Next. He also appeared in The Hangover and The Hangover Part III as Doug Black.

Epps was born in Indianapolis, Indiana, the son of Mary Reed and Tommy Epps. Epps moved to Atlanta where he worked at the Comedy Act Theater, before moving to Brooklyn to star in Def Comedy Jam in 1995.

Retrieved from "https://movies.fandom.com/wiki/Mike_Epps?oldid=211002"
Community content is available under CC-BY-SA unless otherwise noted.