Start a Wiki
watch 01:38
The Loop (Movies)
Do you like this video?
Monsters University 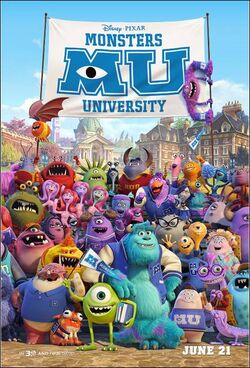 Monsters University is a prequel of Monsters, Inc., created by Pixar Animation Studios. It was released on June 21, 2013. The film features Sulley and Mike attending college while forming their friendship.

Michael "Mike" Wazowski, a six-year-old monster, visits Monsters Inc., the most famous scaring company in Monstropolis, on a school field trip. The class meets Frank McCay, an employee of the company who works as a "scarer", entering the human world to scare children at night and harvesting their screams as energy to power the monster world. Fascinated, Mike slips through Frank's door before anyone can stop him, where he watches Frank's scare performance, then follows him back through the door to the monster world. Frank scolds Mike, but is impressed having followed him unnoticed, and gives him his Monsters University hat as a souvenir. Oblivious to his teacher's later admonishments, Mike dreams of being a scarer when he grows up.

Approximately eleven years later, Mike is a scare major at Monsters University. On his first day, he meets his new roommate, Randall "Randy" Boggs, a nerdy chameleon-like monster. On the first day of class, the strict Dean of the scare program Abigail Hardscrabble informs the students that they must pass their final exam of the semester to continue in the program. As Mike is answering a question, he is interrupted by another scare student, an arrogant large blue monster named James P. "Sulley" Sullivan. While Mike is studying one night, Sulley inadvertently barges into his room to hide the pig mascot he stole from their rival college, Fear Tech. While the two introduce themselves, the pig steals Mike's MU hat and escapes. Mike and Sulley give chase and Mike captures it, but Sulley takes credit and is invited to join Roar Omega Roar, the elite fraternity on campus. Mike wants to join, but is rejected, starting a rivalry between the two.

Mike studies hard and answers questions in class correctly, while the privileged Sulley, relying on his natural scaring ability, begins to falter. At the final exam, Mike and Sulley's rivalry causes Hardscrabble to fail them both and dropping them from the program, prompting Roar Omega Roar to remove Sulley from the fraternity. Unsatisfied in his boring new major, Mike decides to prove himself by entering the Scare Games, an extracurricular scaring competition. As the games are only for fraternity or sorority members, Mike joins Oozma Kappa, a small fraternity of misfit monsters that were also removed from the scaring program. Oozma Kappa is denied entry as they are one team member short. Seeing the competition as his ticket back into the scare program Sulley also joins and Mike reluctantly accepts. Mike also makes a deal with Dean Hardscrabble, who remains skeptical, to re-admit their entire team to the scaring program if they win, whereas if they lose, Mike must leave Monsters University. Sulley expects to carry the team by himself, but Mike believes that with enough training, the whole team can succeed.

Oozma Kappa fails the first challenge miserably but miraculously advances when another team is disqualified. Soon they attend the Roar Omega Roar's party where the other competitors humiliate and discourage Oozma Kappa. Mike arranges a secret visit to Monsters, Inc. to lift their spirits and giving them the wits and training to advance to the final round against Roar Omega Roar. Sulley still doubts Mike can be a true scarer. After the team wins the final round, Mike discovers that Sulley cheated to improve Mike's score. Determined to prove he is capable of becoming a scarer, Mike breaks into the school's door lab and enters a door to the human world, but discovers that the door leads to a summer camp and he is unable to scare the cabin full of kids.

Back at the university, Sulley confesses to Hardscrabble that he cheated, just as she's notified of the break-in. Realizing what happened, Sulley enters the door to look for Mike. After finding Mike and reconciling, the pair, now being pursued by human adults, attempt to return, but find themselves trapped in the human world, as Hardscrabble has deactivated the door while waiting for the authorities to arrive. Mike realizes that the only way to get back into the monster world is to generate enough scream energy to power the door from their side.

Working together, Sulley and Mike terrify the adults, generating an overwhelming amount of scream energy and allowing them to return to the lab. Their actions lead to their expulsion from the university, but the other members of Oozma Kappa are accepted into the scare program the next semester as Hardscrabble was impressed with their performance in the games. They share goodbyes and as Sulley and Mike leave; Hardscrabble tells them they are the first to have surprised her and wishes them luck for the future. Mike and Sulley work at Monsters, Inc. in the company mailroom with the Abominable Snowman as the mailroom's manager. Working their way up through the company, the two eventually become part of the Scarer Team.

A previous sequel called Monsters, Inc. 2: Lost in Scaradise was planned back in 2005 by the now-defunct Circle 7 Animation, but because of the shutdown of the studio, that version of the film was cancelled.

5 years later, in 2010, Pixar decided to create Monsters University. Initially set for a release date of November 2012, it was later changed to June 2013. The voice actors of Sulley, Mike, and Randall (John Goodman, Billy Crystal, and Steve Buscemi) reprised their roles. A teaser trailer was attached to Brave, The Amazing Spider-Man, and Ice Age: Continental Drift.

Monsters University was released for home video on October 29, 2013. It is available in four releases: DVD, Blu-ray plus DVD, a Collector's Edition with both formats and a digital copy, and an Ultimate Collector's Edition that added the 3D Blu-ray format.

Walmart also began selling an exclusive gift set in two varieties, one with the Mike Wazowski figure from the Disney Infinity video game and the other with the Randall Boggs figure. Both include the DVD and Blu-ray discs. 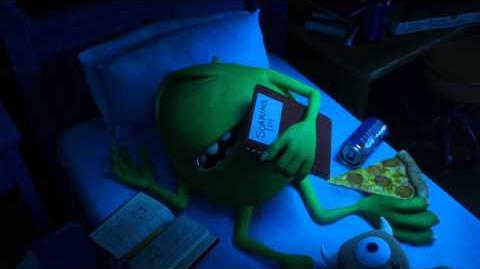 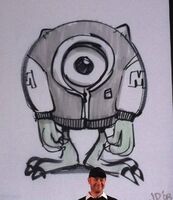 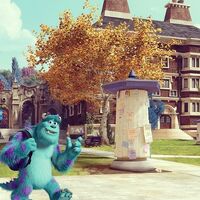 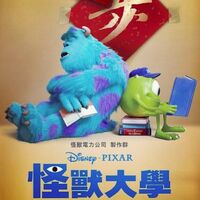 Retrieved from "https://movies.fandom.com/wiki/Monsters_University?oldid=155733"
Community content is available under CC-BY-SA unless otherwise noted.