Muppets Most Wanted is a 2014 American musical comedy mystery film, directed by James Bobin, written by Bobin and Nicholas Stoller. It is a semi-sequel to the 2011's The Muppets. David Hoberman and Todd Lieberman, who produced the previous film, will return, as well as musician Bret McKenzie.

The film has a similar premise to 1981's The Great Muppet Caper.

According to an Entertainment Weekly interview with Kermit the Frog:

"The idea of this film is that our gang is on this global tour, and we’re selling out these grand theaters all over Europe—in Berlin, Madrid, London— but we sort of get into a little bit of trouble when we run across my Doppelgänger. He’s the world’s number one criminal Constantine and he happens to look an awful lot like me. I won’t tell you any more than that, but let’s just say mayhem ensues."

They also visit Dublin, which was one of the last cities to be added to the list.

When asked if Kermit will be doing a dual role when it comes to being asked if he was also playing Constantine, Kermit responded,

"No. We talked about putting me in makeup and having me play both roles, but we decided Constantine needed to be a guy who could do a Russian accent. And, you know, I'm a pretty accomplished actor and all, but besides The Muppet Christmas Carol and Muppet Treasure Island films, I've only really ever played myself. The great thing is I have like 3,000 relatives back in the swamp, so it was quite easy to find a frog who could play Constantine."

According to the Official site:

Disney’s "Muppets Most Wanted" takes the entire Muppets gang on a global tour, selling out grand theaters in some of Europe’s most exciting destinations, including Berlin, Madrid and London. But mayhem follows the Muppets overseas, as they find themselves unwittingly entangled in an international crime caper headed by Constantine—the World’s Number One Criminal and a dead ringer for Kermit—and his dastardly sidekick Dominic, aka Number Two, portrayed by Ricky Gervais.[1]

When initially asked about the prospects of a sequel prior to the release of The Muppets in November 2011, Jason Segel said: "We haven't really started thinking about a sequel yet. We're just waiting to see how this goes." When asked about making a stand alone film rather than a direct sequel, he replied: "I think that's a little bit more Muppety... The Great Muppet Caper is so different from The Muppets Take Manhattan which is so different from The Muppet Movie... I think that's the better approach."

The Extended cut was released in summer of 2014 and features 11 minutes and 53 seconds of extra footage. The main differences are: 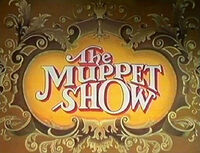