Start a Wiki
No Time to Die 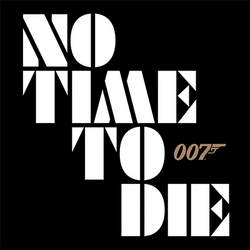 No Time to Die is an upcoming 2020 spy film directed by Cary Joji Fukunaga. The cast of the film consists of Daniel Craig, Ralph Fiennes, Naomie Harris, Rami Malek, Léa Seydoux, Ben Whishaw, and Jeffrey Wright. It serves as the twenty-fifth installment in the James Bond film series.

James Bond has left active service when his friend Felix Leiter enlists his help in the search for a missing scientist. When it becomes apparent that the scientist was abducted, Bond must confront a danger the likes of which the world has never seen before.

Retrieved from "https://movies.fandom.com/wiki/No_Time_to_Die_(2020)?oldid=178667"
Community content is available under CC-BY-SA unless otherwise noted.