Start a Wiki
watch 16:45
The Loop (Movies)
Do you like this video?
Onward 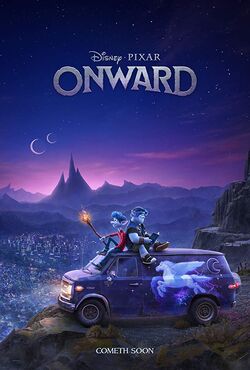 On May 29, 2019, two stills from the film, featuring Barley, Ian and their mother, were revealed. The following day, the film's teaser poster was released, and the teaser trailer debuted during ABC's broadcast of the 2019 NBA Finals.

Retrieved from "https://movies.fandom.com/wiki/Onward?oldid=172653"
Community content is available under CC-BY-SA unless otherwise noted.