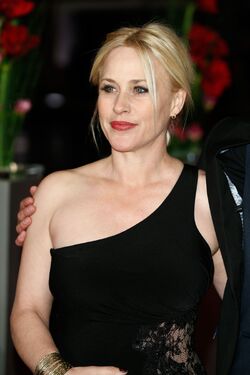 Patricia Arquette (born April 8, 1968) is an American actress. She made her film debut in A Nightmare on Elm Street 3: Dream Warriors as Kristen Parker. She also is known for in films such as True Romance, Flirting with Disaster, Stigmata.

She also appeared in Boyhood, which was filmed from 2002 to 2014 and won the Academy Award, BAFTA Award, Critics' Choice Award, Golden Globe Award, Independent Spirit Award, and SAG Award for Best Supporting Actress.