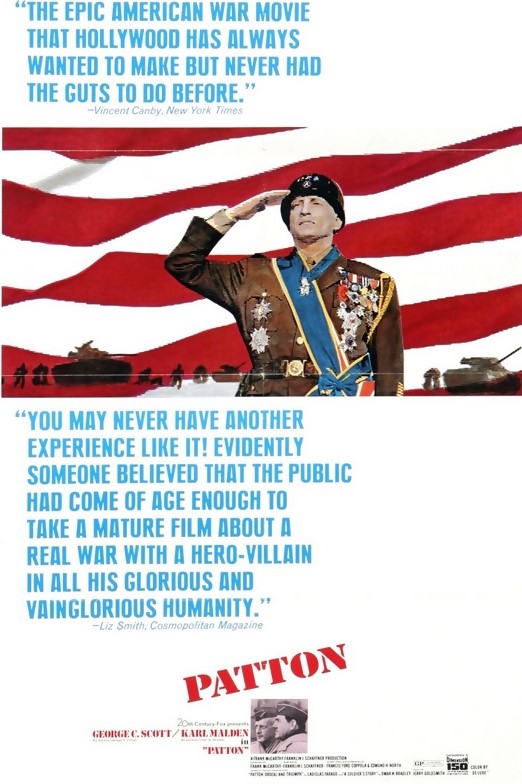 Patton is a 1970 American biographical war film about U.S. General George S. Patton during World War II. It stars George C. Scott, Karl Malden, Michael Bates, and Karl Michael Vogler. It was directed by Franklin J. Schaffner from a script by Francis Ford Coppola and Edmund H. North, who based their screenplay on the biography Patton: Ordeal and Triumph by Ladislas Farago and Omar Bradley's memoir A Soldier's Story. The film was shot in 65mm Dimension 150 by cinematographer Fred J. Koenekamp, and has a music score by Jerry Goldsmith. It was co-written by Francis Ford Coppola.

Retrieved from "https://movies.fandom.com/wiki/Patton_(1970)?oldid=56897"
Community content is available under CC-BY-SA unless otherwise noted.