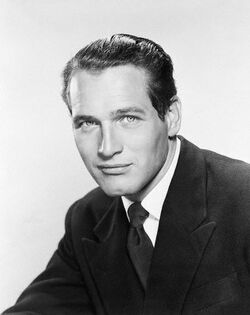 Newman appeared in films such as The Long, Hot Summer, Cat on a Hot Tin Roof (1958), Exodus, The Hustler, Sweet Bird of Youth, Hud, Butch Cassidy and the Sundance Kid, The Verdict, The Color of Money, Nobody's Fool (1994) and Road to Perdiction.

Retrieved from "https://movies.fandom.com/wiki/Paul_Newman?oldid=320512"
Community content is available under CC-BY-SA unless otherwise noted.