Moviepedia
Register
Don't have an account?
Sign In
Advertisement
in: 1952 births, Actors, Actors from New York,
and 3 more

View src
watch 02:56
Doctor Strange in The Multiverse o Madness - The Loop
Do you like this video?
Play Sound
Paul Reubens 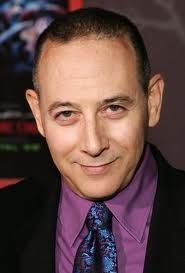 Paul Rubenfeld, better known as Paul Reubens, is an actor best known for his alter ego, Pee-Wee Herman, in movies and television shows.

He has 2 movies as Pee-Wee, as well as nearly 3 television shows and a broadway stage show. However, Reubens, in the 1990s, was arrested twice. He wanted to get back on the right track, and so went the broadway show.