Some secrets are too big to keep

$40 million
Pete's Dragon is a 2016 American live-action-animated fantasy comedy-drama film directed by David Lowery and written by Toby Halbrooks and Lowery, based on a short story by S.S. Field and Seton I. Miller and also a remake of 1977 film Pete's Dragon. The film stars Oakes Fegley, Oona Laurence, Robert Redford, Bryce Dallas Howard, Wes Bentley and Karl Urban. Filming began on January 26, 2015 in New Zealand. The film was released on August 12, 2016.

Mr. Meacham (Robert Redford), a woodcarver, delights local children with stories of a mysterious dragon that lives deep in the woods of the Pacific Northwest. His daughter Grace (Bryce Dallas Howard) believes these are just tall tales, until she meets Pete (Oakes Fegley), a 10-year-old orphan who says he lives in the woods with a giant, friendly dragon. With help from a young girl named Natalie (Oona Laurence), Grace sets out to investigate if this fantastic claim can be true.

Pete's Dragon has received positive reviews from critics. Review aggregator Rotten Tomatoes gives the film an approval rating of 87%, based on 164 reviews, with an average rating of 7.3/10. The site's critical consensus reads, "Pete's Dragon continues Disney's current live action winning streak with an update that gives the original a visual overhaul without overwhelming its sweet, soulful charm. "On Metacritic, the film has a score of 72 out of 100, based on 41 critics, indicating "generally favorable reviews". On CinemaScore, the film has an average grade of "A", polled by audiences. 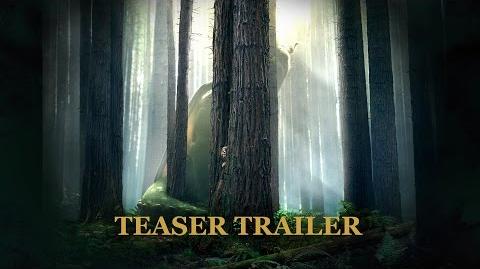