Start a Wiki
watch 16:45
The Loop (Movies)
Do you like this video?
Playing for Keeps 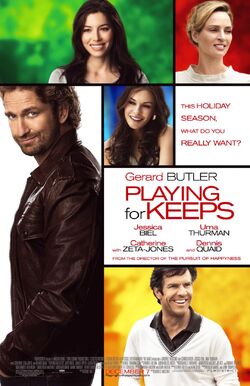 Playing for Keeps, formerly titled Playing the Field is a romantic comedy film directed by Gabriele Muccino. The film is set to be released on December 7, 2012 in the United States and Canada by Open Road Films & FilmDistrict.

A charming, down-on-his luck former soccer star who returns home to put his life back together. Looking for a way to rebuild his relationship with his son, he gets roped into coaching the boy’s soccer team. But his attempts to finally become an "adult" are met with hilarious challenges from the attractive "soccer moms" who pursue him at every turn. 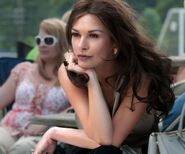 Retrieved from "https://movies.fandom.com/wiki/Playing_for_Keeps_(2012)?oldid=74355"
Community content is available under CC-BY-SA unless otherwise noted.