for action and some rude humor

Ratchet & Clank is a 2016 American-Canadian 3D computer-animated science fiction action comedy film based on the platforming video game series of the same name by Insomniac Games. The film wasproduced by Rainmaker Entertainment and Blockade Entertainment and distributed by Gramercy Pictures. Series developer, Insomniac Games, will play a role in the film’s production, screenplay, character development, and animation consulting. The film will be directed by Kevin Munroe and Jericca Cleland, and feature an original story written by the original Insomniac Games writer TJ Fixman as well as featuring the same voice cast to reprise their respective roles and utilizing assets from the video games in the film. The film was released on April 29, 2016 by Focus Features under it's Glabel.y Pictures label. It was a box office bomb but it was well welcomed from fans even though they critizied some differences with the original first game. A television series, that will serve as a sequel for the film, is currently in development with a pilot titled "Ratchet and Clank: Life of Pie" being released on July 2021.

The Solana galaxy is in a state of panic! Three planets have been destroyed under mysterious circumstances. But is the destruction being caused by natural phenomenon? Or are more sinister forces at play?

The answer lies deep inside the memory banks of a small robot named Clank, who has just escaped the clutches of Drek, the villain behind the destruction.

Ratchet is no stranger to the Galactic Rangers, having failed on numerous occasions to join their ranks. But upon their arrival to the planet Kerwan, Ratchet heroically rescues their leader, Captain Qwark and a cute ranger named Cora. His heroism catapults him to something resembling celebrity status, and Qwark asks him to join the ranks as a Galactic Ranger. A dream come true for mischievous Ratchet.

Qwark leads Ratchet and the other rangers in a raid on Drek’s robot factory on a mission to apprehend the villain. They manage to arrest Dr. Nefarious, Drek’s chief scientist. Dr. Nefarious reveals Drek’s secret weapon, the Deplanitizer.

Clank grows wary of Qwark, who seems to be jealous of Ratchet’s celebrity status. Sure enough, Qwark sabotages the mission, resulting in the loss of the planet Novalis. Dr. Nefarious escapes. All seems lost.

Ratchet exiles himself on a distant planet. Clank and Cora find him and convince him to help them defeat Drek. He reluctantly joins them for one last assault on the Deplanetizer.

It won’t be easy. Nefarious and Drek are determined to carry out their plans. And without Qwark’s help, their task will be much more difficult.

The film will feature returning voice actors from the series, reprising their original roles from the video games.

The film adaptation was announced on the PlayStation Blog on April 23, 2013, alongside with the first official trailer released on YouTube, for a 2015 theatrical release. The film is being produced at Rainmaker Entertainment's Vancouver studio in Canada, and will be executively produced by Michael Hefferon, President of Rainmaker Entertainment. The film will tap on Insomniac Games' vast asset library from their Ratchet & Clank video games, while creating their own new unique locations and characters.

On May 15, 2015, the film was confirmed to be distributed by Gramercy Pictures, and the original 2015 release date was pushed back to April 29, 2016 while confirming new celebrities to cast the new characters.

On Rotten Tomatoes the film has a rating of 16%, based on 61 reviews, with an average rating of 4.1/10. The site's critical consensus reads, "Ratchet & Clank may satisfy very younger viewers, but compared to the many superior options available to families and animation ethusiasts, it offers little to truly recommend." On Metacritic the film has a score of 29 out of 100, based on 19 critics, indicating "generally unfavorable reviews".

IGN gave the film a 6/10, saying, "Ratchet and Clank is not a bad movie by any means, especially when compared to some of the downright-terrible video game adaptations of the past two decades. But given the humor, action, and sense of adventure of the games, the movie is ultimately a competent, shallow, disappointing take on the adventures of the plucky Lombax and his robot buddy. My advice is to stick to the stellar PlayStation 4 game."

GameSpot gave the film a mixed review, saying, "Ratchet and Clank pulls us across the universe at a breakneck pace, but it never seems to take us anywhere. The series may have found success in video games, but in the meantime, it's merely stumbled into film."[20] 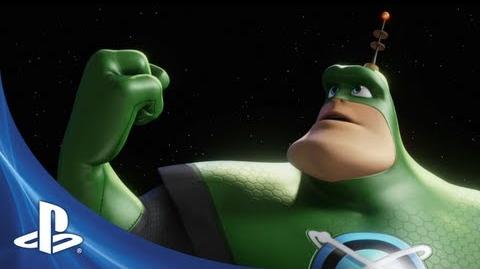 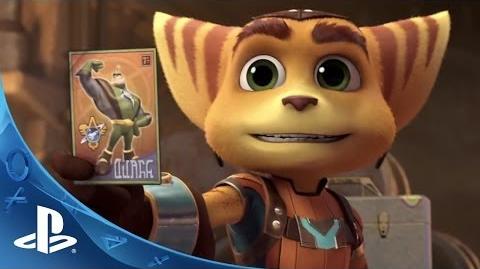 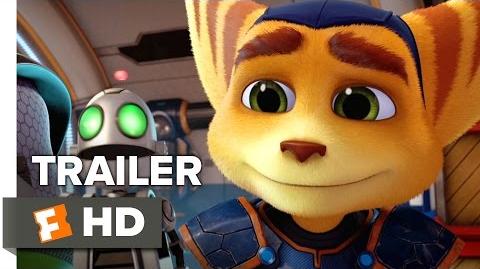