Start a Wiki
watch 01:38
The Loop (Movies)
Do you like this video?
Raya and the Last Dragon 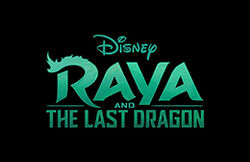 Raya and the Last Dragon is an upcoming American animated fantasy film in production by Walt Disney Animation Studios. The 59th film produced by the studio, it is directed by Paul Briggs and Dean Wellins, co-directed by John Ripa, with a screenplay by Adele Lim and stars the voices of Cassie Steele and Awkwafina. The film is scheduled for release on April 23, 2021.

In a mysterious realm called Kumandra, a warrior named Raya searches for the last dragon in the world.

Retrieved from "https://movies.fandom.com/wiki/Raya_and_the_Last_Dragon?oldid=261550"
Community content is available under CC-BY-SA unless otherwise noted.