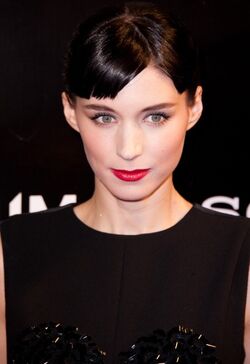 Rooney Marawas born Tricia Mara and is an American actress. She was born in 1985 in Bedford, NY, to parents Timothy Christopher Mara and Kathleen McNulty (née Rooney). She changed her name to Rooney Mara as a stage name. She attended NYU and participated in student films while at school there. She began auditioning at the age of nineteen.

Mara first appeared as an extra in films which starred her sister, Kate Mara. This includes a bit-part in the 2005 direct-to-video horror film Urban Legends: Bloody Mary. She found work in television, making her professional debut in a 2006 episode entitled "Fat" on the drama Law & Order: Special Victims Unit, as a girl who bullies overweight children. This was episode 20 of the 7th season.

After some small parts in television and film, including the role of Mark Zuckerbeg's ex-girlfriend Erica in the film The Social Network, she starred as Lisbeth Salander in The Girl with the Dragon Tattoo alongside Daniel Craig.