watch 00:59
The Loop (Movies)
Do you like this video?
Rumble 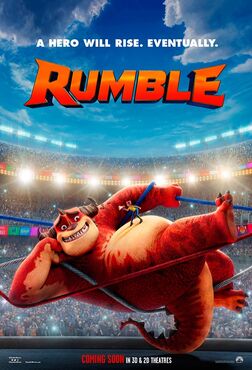 Rumble is an upcoming American computer-animated sports comedy film directed by Hamish Grieve, currently scheduled to be released on February 18, 2022.

In a world where giant monsters are tamed and monster wrestling is a popular sport, Winnie seeks to follow in her father, Tummy's footsteps as a manager by turning an inexperienced monster named Steve into a contender.