watch 01:20
The Loop (Movies)
Do you like this video?
Russell Brand 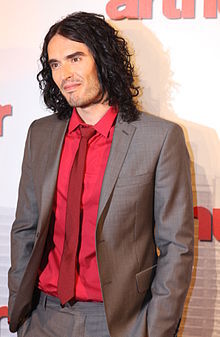 Russell Brand is an English singer/comedian/actor. He is very well known for his observational comedy and has won awards for his stand-up. He is also well known for his "rock star" persona, which was partially cultivated because of his history of drug and alcohol abuse. Often, his roles in films are similar to this persona he uses. He says hs is influenced by Richard Pryor and Jack Kerouac.

Russell Brand was named "sexiest vegetarian" by PETA. He was previously married to singer-songwriter Katy Perry from 2010-2011, with the divorce finalized in 2012.

Retrieved from "https://movies.fandom.com/wiki/Russell_Brand?oldid=64142"
Community content is available under CC-BY-SA unless otherwise noted.